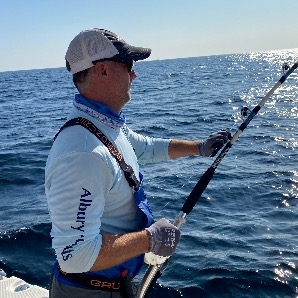 The Best Fishing Charter on the Boston South Shore!

Get a taste of first-class fishing in Scituate, MA with Legit Fishing Charters. Captain Mark has vast knowledge and experience guiding clients of all skillsets on the breathtaking waters of MA. Enjoy Scituate inshore and offshore fishing as you hook some of the most prized species in the area. You're sure to have a blast no matter which species you reel in. With Capt. Mark and his crew, you will experience the best fishing that Cape Cod has to offer. Sportfishing, inshore fishing, tournaments and more.

See the maps below for exact guest meeting locations. We meet our guests at Bulman Marine at The Waterfront Club ( 20 Jericho Rd, Scituate, MA 02066, USA ).The Best Fishing Charter on the Boston South Shore!.

Scituate, MA Fishing Near Me

The map shows where we fish. The red area is our primary fishing area depending on time of year and fishing conditions. The pins represent guest meeting locations.

Scituate is a small coastal town with incredible scenery known for its many attractions and activities you can enjoy with the whole family. The abundant Scituate waters are famous for the wide variety of fish species you can reel in like Bass, Tuna, Bluefish, Mackerel, and many more. Captain Mark has been angling these waters for many years and always keeps his guests on top of the bite. Come fish with Captain Mark for an incredible adventure and brag-worthy catch! Capt. Mark is an award-winning charter captain with high-demand trips.

See the map for exact locations. We meet our guests at Bulman Marine at The Waterfront Club ( 20 Jericho Rd, Scituate, MA 02066, USA ).

Legit Fish Sportfishing stays up to date with the Scituate, MA Fishing weather and your Fishing trips